Customer service failures in the Internet age can be costly!

An internet cancellation horror story has gone viral and is causing Comcast a heartburn! According to the BBC, Ryan Block, a technology journalist, wanted to cancel his Comcast internet service. The call to cancel his service turned into a 20-minute ordeal.

The Comcast “retention specialist” who handled the call refused to accept his request and repeatedly asked “Help me understand why you don’t want faster internet?”, insisting that “I’m trying to help you. You’re not letting me help you.”  Mr Block recorded the final eight minutes of the call and shared the audio with his 83,000 Twitter followers. Here is what happened next: the audio file had almost 4 million plays within two days! 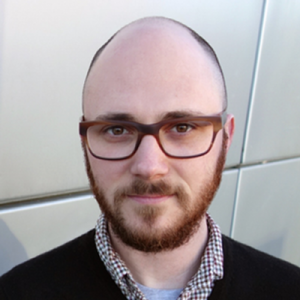 What this signals, aside from the fact that in today’s environment, making a consumer angry can have serious consequences for a brand, is that consumers are widely dissatisfied with major telecommunications providers.

This is not just in the US; it’s global.  For example, in India, my father had been trying for months to cancel his internet subscription with a company that shall remain nameless (only because a friend who is a senior executive, at my request, stepped in and stopped the incessant harassing phone calls to him to ask why he wasn’t paying his mounting subscription bills, although he had gone in person to hand over a letter requesting the termination of the service).

Interestingly, when my father had tried to terminate the service over the phone, the service representative simply refused to accept that the service was very slow! An experience very similar to that of Mr. Block.

Now, what did Comcast do?  Well they stirred up another hornets nest by offering to take “quick action”, when apologizing to Mr. Block.  Why did the apology backfire?  Well, the “quick action” and apology were the good part, the bad part was Comcast informed Mr. Block that they were going to take action against the representative concerned.

Making a scapegoat out of a hapless service representative rather than look to see why this happened and find a solution to prevent this from happening again, doesn’t play well with consumers. They see it for what it is, finding a convenient scapegoat, a person likely to be just like them.

The fact of the matter is that companies train the service representatives on how to respond to customers.  Second, they incentivize employees to perform in line with the training. As much as 75% of a representative’s salary can depend on the success of the so called “retention representative’s” ability to halt a cancellation!  According to a post on Reddit by a person claiming to be a Comcast employee, if a retention representative fails to reverse at least 75%, they get nothing!  This puts the representative in an hapless situation, leading to behaviors such as the one experienced by Mr. Block and my father.

Clearly, all the bad press is taking its toll on the Comcast brand! As one measure, we can see that it’s stock price has dropped by approximately $1 since the story broke.  That’s about 2% of its value, which comes in around $2.8 billion!  So, quick action is good, but the quick action should be to find the real cause of the problem and fix it!  Not a knee jerk reaction to find and chastise a hapless scapegoat who is equally a victim of the companies “system”.

Don’t just come up with a new logo, research it first!

Brands crying wolf (stock out) once too many times can hurt their own brand reputation and that of their retailers’!


Sep 17
@Fido SUCKS!
Jun 30
Navel Gazing rather than Customer Gazing!
Dec 06
Why Brand Experience Failures are Endemic.
Nov 23
Advertising Repetition Levels in India are Off the Charts! How Much Money is Being Wasted?
Jul 11
Growing an Industry with Negative Associations: The Case of Cannabis
Mar 01
Lying, cheating banks and bankers: The case of Standard Chartered Bank