An Unexpected Product Benefit Can Be a Powerful Marketing Tool

As companies test a new product, they often learn that it can deliver unexpected benefits. This very famously happened in the case of Viagra, a product originally developed to treat cardiovascular problems. During the first human trials of the compound, a study nurse reported that male subjects would frequently lie on their stomachs on the examination table, trying to hide their erections. The compound did indeed dilate blood vessels, just not where expected.

It is common for companies to discover unintended benefits to their products after launch, once customer reports start flowing in. This is particularly true in the health and beauty industry. Just read online reviews for omega-3 supplements and you will find people claiming the heart health supplement helped them with a wide range of issues, from brittle nails to weight loss. Similarly, Botox was approved for cosmetic use in 2002, but users soon started reporting that the injections improved their migraines as well. It was licensed for this type of treatment in 2010.

Research has shown that consumers value a product’s benefits more when they believe a firm was intentional about creating them. For instance, if a company launches a programme that accidentally helps the environment, it is less likely to get praise than if the programme was expressly designed for that purpose. In law, premeditated crime is punished more harshly than an involuntary act that led to the same result. Intentions matter, because they are associated with effort, and effort with value (whether positive or negative).

However, another stream of research suggests that an unexpected benefit can pique consumers’ interest and lead them to anticipate other potential benefits from the product. This has a biologic basis: Studies on mammals (from rats to humans) have shown that receiving an unexpected reward (such as a squirt of juice instead of plain water) fires up neurons in the regions of the brain associated with reward anticipation and seeking. In a way, a nice surprise is perceived as a sign of more good things to come. 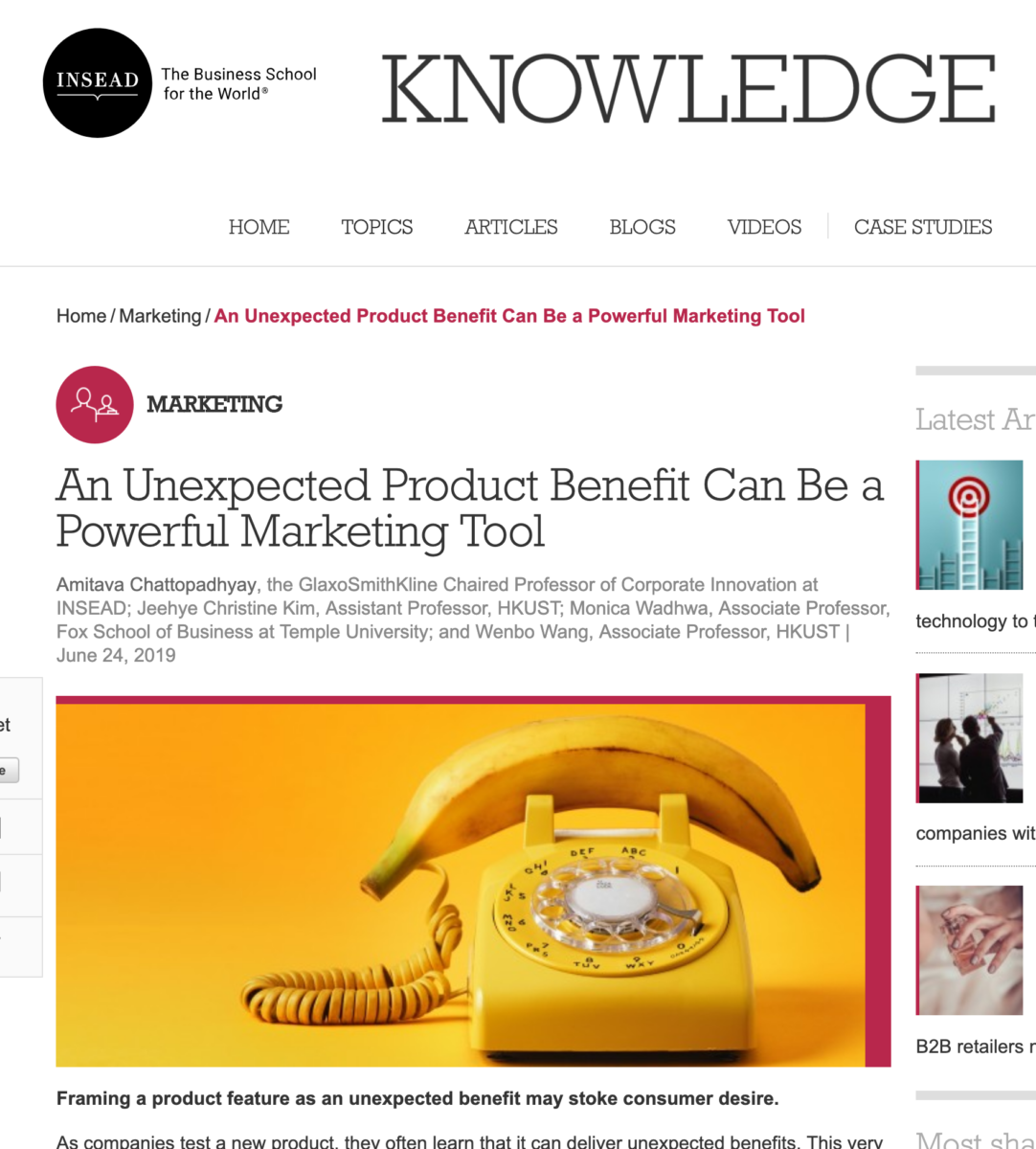 Transforming a Supply Chain Into a Social Enterprise