If You Want to Get Funded on Kickstarter, Research Says to Avoid These Tactics

On the surface, the growth of crowdfunding has been phenomenal. Since its inception in 2009, projects listed on Kickstarter have raised $3.3 billion. Over 133,000 projects have become successfully funded. This has led many to claim that crowdfunding can democratize product innovation and access to capital by allowing small entrepreneurs, who lack access to resources, to find funding and markets.The World Bank is upbeat. It estimates the crowdfunding market will reach $90 billion annually by 2025. That’s roughly 1.8 times the size of the global venture capital industry today.
But, similar to the age-old adage that most startups fail, most Kickstarter projects also fail to get fully funded. Because Kickstarter is “all or nothing,” projects need to meet their funding goal before pledges are unlocked to the project founder. But, only about 36 percent of projects make it. In many cases, those that don’t make it across the line do raise some interest, but not enough to become projects. This is not too different from what happens in the venture capital world. According to research by CB Insights, just over 70 percent of startups stall at some point in the VC process and fail to exit or raise follow-on funding.

Kickstarter is often seen as a haven for innovators as it allows them to circumvent hard-nosed bankers, VCs and risk-averse traditional lenders. But, it looks like the crowd could be as skeptical as the average venture capital firm. 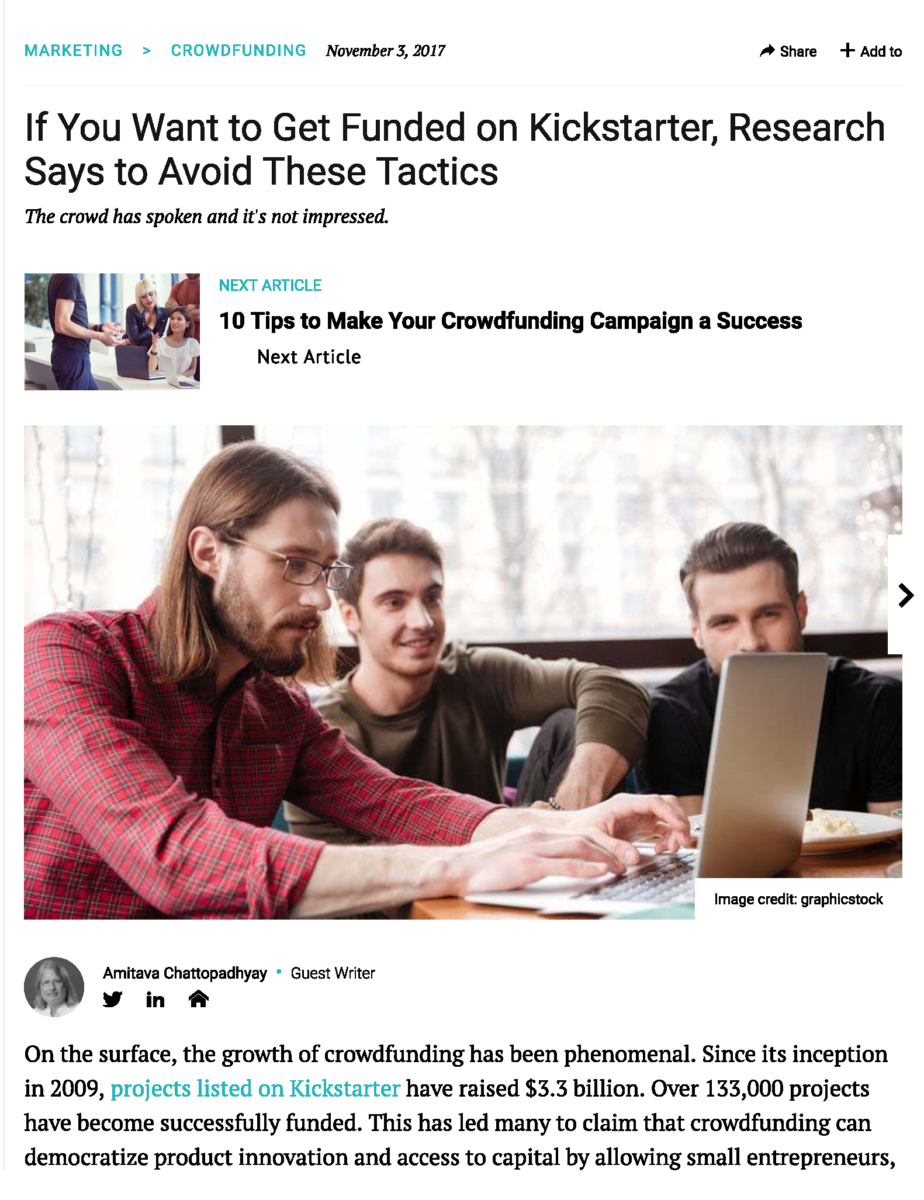 Research: A busy mindset can be a marketing tool

Wonderful! Let this be a beacon for the rest of the country to follow!"Two villages in Maharashtra ban rituals of w… https://t.co/yCjw5nIKTo

I congratulate Ms. Ratna R. Banerjee for returning the award. It's ridiculous how award bodies in India suck up to… https://t.co/WNguF5lYGl

Love this satirical piece! "The future is Sanskrit" And why not! https://t.co/q5oWzGJDWC

You keep saying it, but nothing changes. Simply put, you don't really care about your passengers and employees.… https://t.co/L1qpxXlwag

Another maskless joker on #Indigo 6E 676! When will people learn to follow rules? @PmModi @AmitShahOffice And… https://t.co/gu3Kh5Tsu8

Since not obeying mask laws are punishable, use the law. Call the police. Announcements are not enough if they are… https://t.co/aySYAOEApY